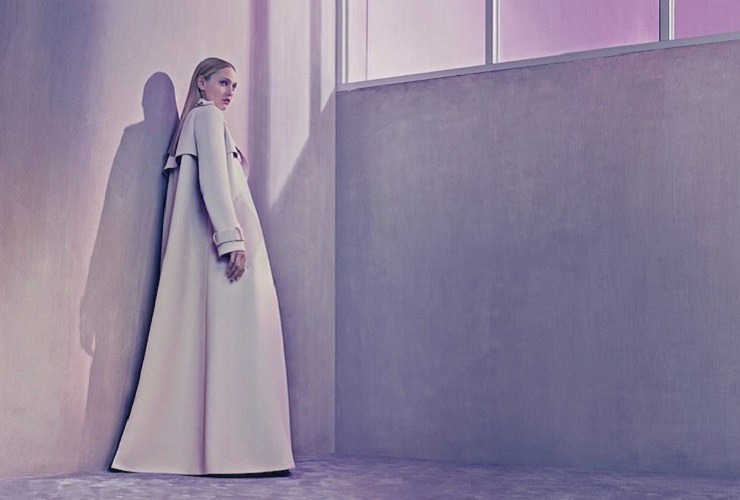 I remember one of the first times I sat with a former colleague from the high tech industry trying to brainstorm an early incarnation of my idea. I had so many doubts at the time. At that point, I knew only one thing: I was not going to fake the self-assurance or confidence that I lacked. Although he wasn’t such a close friend, I felt no need to pretend to be someone who I was not, and so, in a rather naive, and in retrospect, foolishly honest way, I shared with him one of my deepest fears by asking the question: "But what if I fail?" He probably doesn’t remember a thing; for him, an affirmed entrepreneur, fear of failure is nothing new. Failure is just another noun representing an unwelcome outcome, another way to describe unsuccessful results.

It is success and failure that often represent the two poles of entrepreneurial endeavors. Yet to me, risk and failure are a more appropriate twosome. They are not counterparts, antonyms or related in any other intuitive way, but they are both fundamentals and considered as critical factors for success in the entrepreneurial world: the willingness to take risks and the ability to cope with failures. Both risk and failure rely significantly on one’s subjective perception of them, and thus, as I came to understand, both can be changed, restructured or redefined based on experience, acceptance and self-education regarding the accompanying fear factor. If we fail, it may be the result of a risk we took; the greater the risk, the greater the chance for failure. This high correlation between the two requires risk management and full attention.

"Am I afraid to take risks?" was one of the first questions I put to myself. But now, as I progress in pursuing my challenge, "risk" no longer seems to be the right term. Risk, when relating to planning our lives, carries the connotation of danger, hazard, or peril. And this meaning contravenes our natural instinct to stay safe, and to take care of our body, health, and family, as well as our resources and property, as described by the Maslow’s Hierarchy of Needs.  While pursuing the higher degree of Maslow's pyramid, in search of self-esteem and self-actualization, risk taking cannot conspire with the lower degrees which will always be in search of safety. The risks we take to achieve self-actualization are mainly psychological and associated with the unknown and unfamiliar. If we could rationalize the emotional process to embed familiarity, then it wouldn’t take the alarming shape better described by Friedrich Nietzsche: "All great things must first wear terrifying and monstrous masks, in order to inscribe themselves on the hearts of humanity.” But regardless of how great the things facing us are or how big the impact they have on others, the understanding that our endeavor—whatever it may be— must first go through the phase of unfamiliarity, with its accompanying fear, is intrinsic to our willingness to take the risk. As long as we are not jeopardizing our basic needs, "risk" should be interpreted as adventure:  it requires us to abandon our comfort zone and be daring, but it is still no more than a gamble that mainly compromises our fear of failure.

Once I realized that what I was facing was the risk of failure, I next had to better understand what failure means to me. For years I was addicted to the satisfaction of achieving predefined goals, facing challenges and triumphing, as well as to the feeling of doing things in the best possible way. But I was also devastated whenever something didn’t turn out the way I had planned. I would undermine myself with harsh self-criticism due to unfulfilled expectations. It took me a long time to overcome every incident I perceived as failure and to regain my strength and self-belief. I must admit that overcoming failure and its repercussions was, and still is, one of my biggest, self-imposed obstacles. I find encouragement in the words of others, greater and wiser than myself, which help me to reshape failure into a tool for self-development.

The following are a few examples of many:

"Don't waste your time hating a failure. Failure is a greater teacher than success. Listen, learn, go on.”Clarissa Pinkola Estés, Women Who Run With the Wolves: Myths and Stories of the Wild Woman Archetype

"My great concern is not whether you have failed, but whether you are content with your failure." Abraham Lincoln

"Success is stumbling from failure to failure with no loss of enthusiasm.” Winston Churchill

"There is only one thing that makes a dream impossible to achieve: the fear of failure."Paulo Coelho

A follow-up to my initial question regarding the fear of failure is whether we are also scared of success?  Are we afraid of the potential outcomes of success? It is the apprehension of developing expectations and then potentially falling from the top that often prevents us from aiming there. When we keep ourselves on the verge of almost getting there, close but not quite touching a potential dream, then we have something and somewhere to aspire to. Keeping ourselves close to the top of the hill, looking upwards, frees us from the need to fight to retain our place at the top and from the anxiety associated with falling down. It also makes it easier to manage "risk" rather than to aim for "success;" "risk," by its very definition, is always the backup plan for any significant effort.

As for me, while risk, failure and success will forever shadow my journey, I am doing my best to design my goals using terminology which avoids defining my destination as "achieving success." Although I have a dream of building something that people can use, and that is profitable and sustainable, I nonetheless am trying to leave room for reality to help me shape it. I have a long term vision, but I am not single-minded regarding how I will get there. Instead of running in one certain direction and trying to predict (or pretend to know) what would work best, I am concentrating on building a road according to an internal compass whose navigation is based on the values that best match my personal method for long term self-expression and on the joy that best emanates from implementing the art of living. And in this way, I hope to enjoy the journey and allow for much freedom for future observation, insights and new directions. I may get disappointed along the way, frustrated and agitated, but as long as I keep listening to my internal guide, I will never judge the outcome in terms of failure or success.